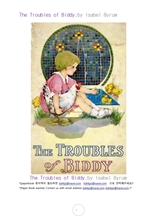 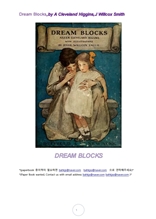 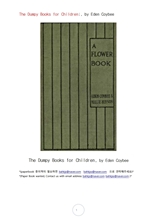 
A Flower Book
THE STORY BY
EDEN COYBEE
THE PICTURES BY
NELLIE BENSON
LONDON:
GRANT RICHARDS
1901 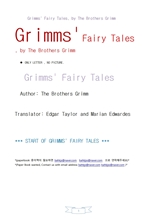 그림없이 글자로만됨.
그림형제동화.Grimms' Fairy Tales, by The Brothers Grimm
PREPARER'S NOTE
The text is based on translations from
the Grimms' Kinder und Hausmarchen by
Edgar Taylor and Marian Edwardes.
The Brothers Grimm, Jacob (1785-1863) and Wilhelm (1786-1859), were born
in Hanau, near Frankfurt, in the German state of Hesse. Throughout
their lives they remained close friends, and both studied law at Marburg
University. Jacob was a pioneer in the study of German philology,
and although Wilhelm's work was hampered by poor health the brothers
collaborated in the creation of a German dictionary, not completed until
a century after their deaths. But they were best (and universally) known
for the collection of over two hundred folk tales they made from oral
sources and published in two volumes of 'Nursery and Household Tales' in
1812 and 1814. Although their intention was to preserve such material as
part of German cultural and literary history, and their collection was
first published with scholarly notes and no illustration, the tales soon
came into the possession of young readers. This was in part due to Edgar
Taylor, who made the first English translation in 1823, selecting about
fifty stories 'with the amusement of some young friends principally in
view.' They have been an essential ingredient of children's reading ever
since. 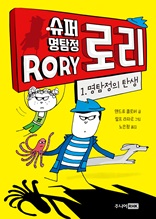 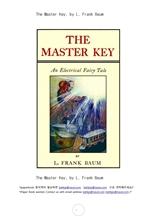 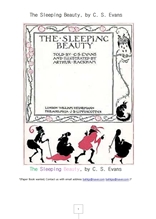 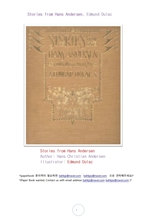 ILLUSTRATIONS
THE SNOW QUEEN
One day he was in a high state of delight
because he had invented a mirror
Many a winter's night she flies through the
streets
Then an old, old woman came out of the house
She has read all the newspapers in the world,
and forgotten them again, so clever is she
'It is gold, it is gold!' they cried
Kissed her on the mouth, while big shining
tears trickled down its face
The Snow Queen sat in the very middle of it
when she sat at home
THE NIGHTINGALE
Even the poor fisherman ... lay still to listen to
it
'Is it possible?' said the gentleman- in- waiting.
'I should never have thought it was like that'
Took some water into their mouths to try and
make the same gurgling, ... thinking so to
equal the nightingale
The music- master wrote five- and- twenty
volumes about the artificial bird
Even Death himself listened to the song
THE REAL PRINCESS
'I have hardly closed my eyes the whole night!
Heaven knows what was in the bed. I seemed
to be lying upon some hard thing, and my
whole body is black and blue this morning. It is
terrible!' (Frontispiece)
THE GARDEN OF PARADISE
His grandmother had told him ... that every
flower in the Garden of Paradise was a
delicious cake

The Eastwind flew more swiftly still
The Fairy of the Garden now advanced to meet
them
The Fairy dropped her shimmering garment,
drew back the branches, and a moment after
was hidden within their depths
THE MERMAID
The Merman King had been for many years a
widower
He must have died if the little mermaid had not
come to the rescue
At the mere sight of the bright liquid
The prince asked who she was and how she
came there
Dashed overboard and fell, her body dissolving
into foam
THE EMPEROR'S NEW CLOTHES
The poor old minister stared as hard as he
could, but he could not see anything
Then the Emperor walked along in the
procession under the gorgeous canopy, and
everybody in the streets and at the windows
exclaimed, 'How beautiful the Emperor's new
clothes are!'
THE WIND'S TALE
She played upon the ringing lute, and sang to
its tones
She was always picking flowers and herbs
He lifted it with a trembling hand and shouted
with a trembling voice: 'Gold! gold!'
Waldemar Daa hid it in his bosom, took his
staff in his hand, and, with his three daughters,
the once wealthy gentleman walked out of
Borreby Hall for the last time 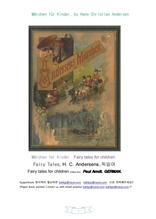 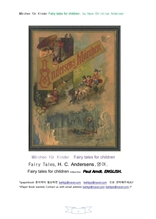